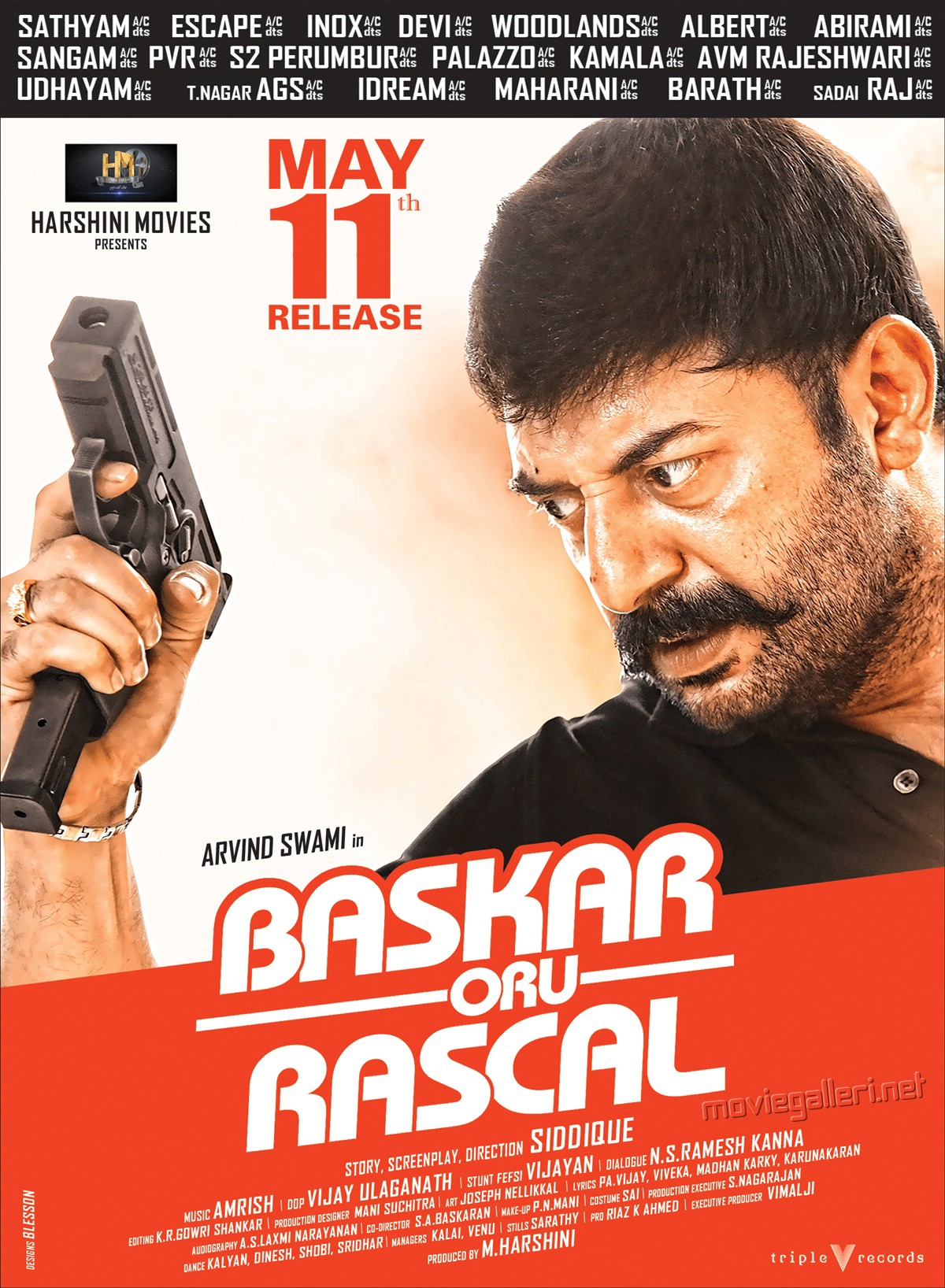 Bhaskar (Arvind Swamy) is a businessman and a single father. Her father, M.A.M. Rangasamy (Nassar) is a retired businessman and Bhaskar has taken over textiles and real estate. Bhaskar handles all complex and critical situations of his malicious company and has a vulgar and malicious personality. This behavior called him “Bastardo”. She is a widow and a son named Aakash (Master Raghavan).

Director Siddique tied the necklace to Amala Paul and Arvind Swami and designed the Tamils ​​from the Rascal movie from the Rascal movie. A recent report indicates that Nainika’s baby, seen as her daughter in Theri Vijay, will be part of the movie. Mammootty and Nayanthara starred in the original movie. Rascal Bhaskar tells the story of two single parents.

Aakash and Shivani (Baby Nainika) study at the same school. Shivani’s mother, Anu (Amala Paul), is also a single mother. They met Bhaskar at school and argued. Shivani admires Bhaskar for his authoritarian demeanor and treats him as a father figure for his heroism.

In the Tamil version, the title was given “Bhaskar Oru Rascal”, directed by Siddique, whose native language was the leader of Malayalam. Filming begins today April 3 at Cochin’s official pooja. Mamut and Nayanthara played important roles in the Malayalam movies. Arvind and Amala changed them to the Tamil version and they both shared screen space for the first time.

Raghavan and Nainika, the two sons of this film, have a long way to go. He is very good at his own roles. Nainika is still too young to play this role, but she offers a great applauding performance. On paper, Amala doesn’t have much to do, as many expect it to look good on the screen.

This version of the movie was approved in September. Siddique, who created the original, will release the Tamil version and it will be the fourth film in Tamil after Friends, Engal Anna, and Kaavalan. Arvind Swamy and Amala Paul play single parents in the family drama. While Master  Raghav embodies Swamy’s son, the actress Meena approaching Theri embodies the daughter of Amala, daughter of Baby Nainika.