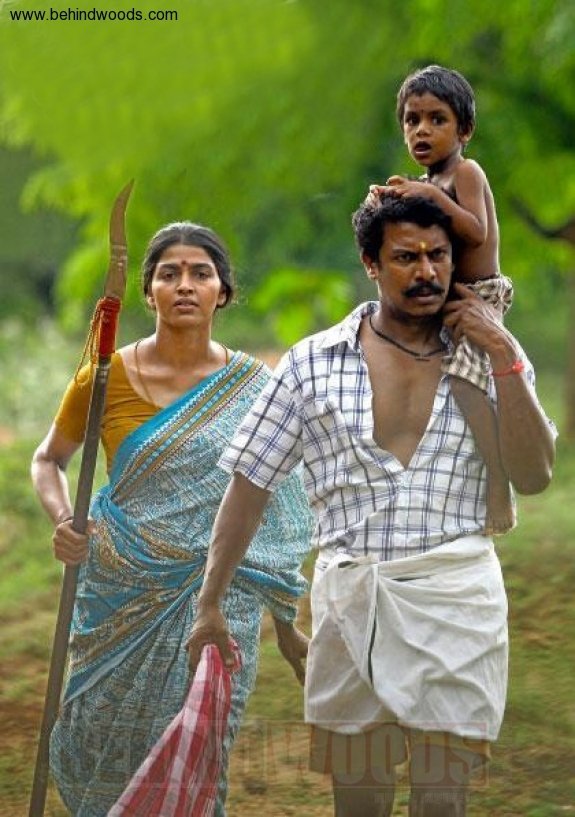 Mahima Nambiar will only be part of the Tamil and Malayalam versions of the film. Amala Paul opted out of playing the lead character in the film. She consequently replaced in the lead role by Dhansika in August 2014.

Director Samuthirakani, who recently announced the release of two versions of the next Tamil director Kitna, has announced his intention to reach part of the audience. One version of the film takes two hours and fifteen minutes, while the second takes three hours.

The actor of Mahima, who played a student at Saatai, managed to play not one but two roles in Kitna, directed by Samudrakani. The director said: There are five elements in my film and four important characters who try to show the seasons. While playing one of the characters and the second, Dhanshikaa, Mahima plays the third and fourth, in the case of a Kannada child.

In October 2014, Samuthirakani announced to the Tamil audience that it would take more than two hours to release two versions of the film and that the other would take three hours to meet another audience. He also demonstrated his ambition to film his first film at the Cannes International Film Festival 2015.

Samuthirakani plans to record films in four southern languages: Tamil, Telugu, Malayalam and Kannada. He will also play in the Tamil and Malayalam versions and Kishore will replace him in the Kannada version. The heroes of the Telugu version are not yet ready.

However, the delay meant that the film and postponed after Samuthirakani allowed Dhansika to postpone the project after receiving an offer from Kaalajith (2018) in Kaala.