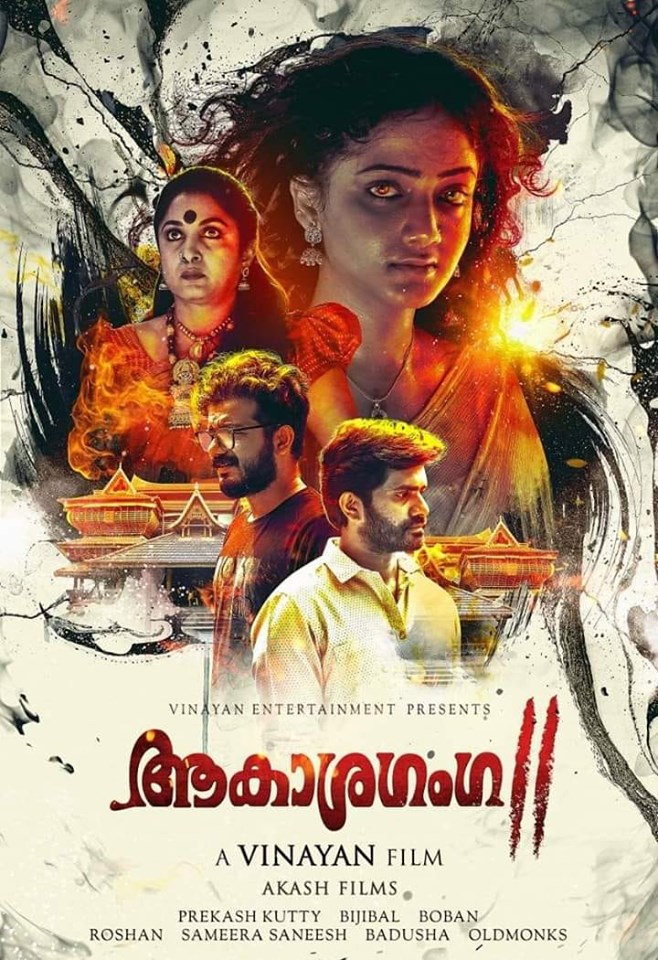 Soundtrack and bijibal score and cinematographer Prakash Kutty. This film produced by Vinayan under the flag of Akash Films. He was filmed in Ottapalam, Kochi and Pondicherry.

Director Vinayan is looking for a new face to embody the hero in the upcoming film Aakasha Ganga 2, with the horror film by Aakasha Ganga. “The film has shown in cinemas for about 150 days and has become a pioneer of the cinemas in Malayalam and I will start taking photos next month,” the director said on his Facebook page.

After the completion of Aakasha Ganga 2, Vinayan will record the next screenplay of the movie starring superstar Mohanlal. This will be the director’s first collaboration with Mohanlal. Vinayan also has a film with actress Jayasurya. This project called Nangeli. Vinayan currently works at Chalakkudykkaran Changathy. The film inspired by the life of the newest actor Kalabhavan Mani.

Immediately after working with Akasha Ganga 2, the director will lead his hero Mohanlal, who recently announced on Facebook. Vinayan recently met Mohanlal and the director explained that his interviews with the stars had yielded positive results and that his film would begin shortly after the end of his current mission.

Director Vinayan has experimented with genres in the Malayalam film industry and his films Aakasha Ganga and Athbutha Dweepu have passed the same test. The director helped Chalakkudykaran Changathy in 2018 and with the latest version available on the social media page, the director appears to be in restart mode. Vinayan has three films on the channel, including Jaakurya’s lead, Aakasha Ganga, stars Mohanlal and Nangeli.

The protagonist Ramya Krishnan was announced to play the main character of Akasha Ganga 2. In his investigation, the director said, adı The name of the character is Dr. Soumini Devi is a person who loves negative energy and the character has an interesting relationship with the original story: he takes part in photo shoots on 10 May and we are planning. Complete the job within 10 days.

Aakasha Ganga 2 is a horror film in Malayalam. This is the sequel to the 1999 Malayalam film Aakasha Ganga, directed by Vinayan. The director of popular music Bijibal commissioned to compose music. Prakash Kutty directs the camera. The project is to launch the film in September to match Onam.