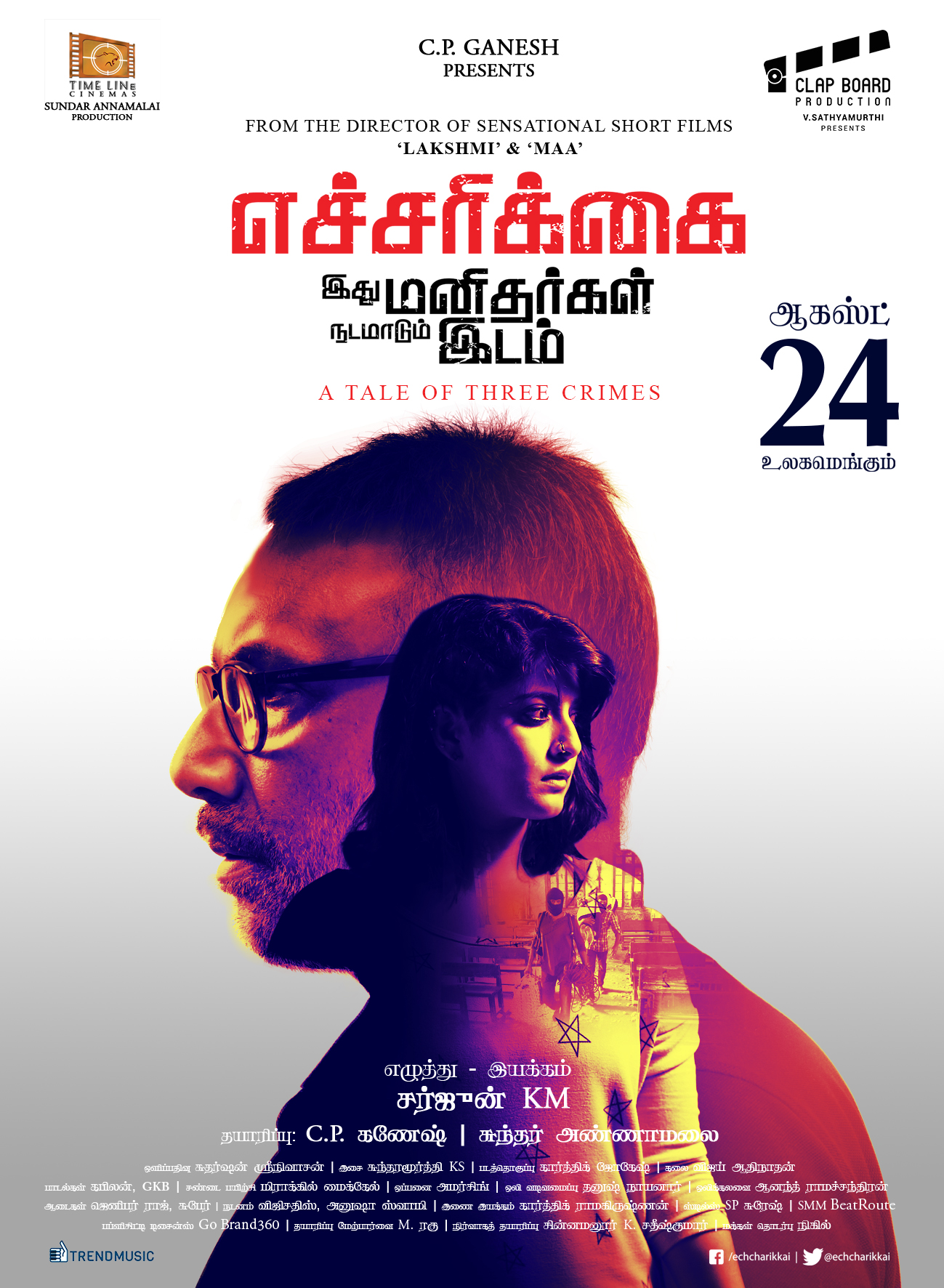 There is a common factor that I like in the very popular short film Sarjun KM Lakshmi and Maa. I drew my attention to the depth he gave to his character, rather than to the conventional subject he broached. Lakshmi tells the story of an unhappy woman who chooses reality after a pleasant evening. In Maa, the abbreviation for young pregnancy is the context in which the mother sends her daughter to hockey after an abortion.

Echarikkai begins with the story of David (Kishore), a 14-year-old boy who murders his sister’s husband for his 5-year-old niece Thomas (Vivek Rajgopal) after discovering he had killed his sister. David asks Thomas to go to prison, but reveals his uncle, who locked up for life. Years later, Thomas, now somewhat guilty, and David, back from prison, came up with a plan for more money.

The plan indicated that the plan included a two-person crime scene and a police investigation into the crime. The crimes and investigations appear as parallel stories. The sound of this film is more than just tension. It is going to be an emotional drama and more about why the characters do certain things in the film.

Sathyaraj and Varalaxmi Sarathkumar in Echcharikkai

On the first attempt, Echcharikkai turned out to a fairly solid tension. Sarjun continues to participate in the cat-and-mouse game between criminals and police. From the beginning, he gave us the backgrounds of David and Thomas, who gave their relationships an emotional direction and remained uncertain. Shweta portrayed as an ingenious young woman and you not even sure of her motivation.

Director Sarjun KM’s director recognizes the DNA of his film: two kidnapping thrillers and strange lizards. He tried to overcome his modest business obligations as much as possible. Yogi Babu appears as an Anglo Indian, declaring Anglo Indians as “children” to everyone. It hurts, but only a few scenes.