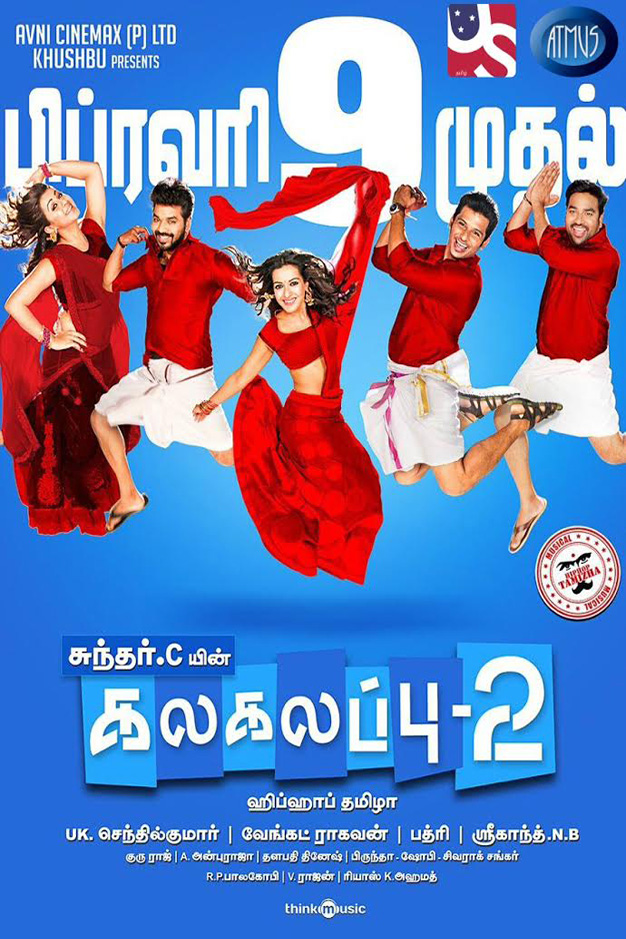 “The response to this movie was exceptional in all centers. Everyone seemed to love the laugh that filmed us. Sundar C is directing the movie to be released in October.” Since it was me, we’re going to watch the same team of actors that is very excited to continue! ”

The film starts with Raghu’s (Jai) family trying to kill his own father for not taking good care of his family. At the time, he learned in Kasi that it belonged to his ancestors, who were rented out 100 years ago. At the same time, a computer attack took place at the ministry. The minister gave his accountant a laptop with details about his belongings, which required 5 million rupees to deliver a laptop.

Jai, Jiiva, and Nikki Galrani star in the casting. Shiva will also appear in the movie but at the end of the movie. Another actress is not ready yet and the team is talking to several main actresses. The film shot in Kasi, Pune, Hyderabad, and Karaikudi. Hip-hop Tamizha will compose music for the film to shots from the first week of October.

In Kasi, Raghu’s regular property managed by Srinivas, also known  as Seenu (Jiiva), but he failed. It later is shown that Seenu and Raghu had tricked by Ganesh (Shiva). They moved to Karaikudi to take back Ganesha and get their money back. Meanwhile, the minister begins his journey to buy a laptop.

Jiiva, Jai and Shiva in Kalakalappu 2

After a long season at the Bigg Boss event, Vaiyapuri continued to work as an actress. It is now part of Kalakalappu 2 and the film’s opening ceremony recently took place. This movie will released soon. Vaiyapuri: “19 years later, Sundar C, Pak and I worked together. During my last visit to Unnai Thedi It was Ajith Sir’s movie.

Some scenes from the movie filmed on Assi Ghat on Tuesday with the famous actor Jiiva, known for such films as “Kavalai Vendam”, “Pokkiri Raja” and actor Jai, “Engaeyum Eppothum“. In between the photoshoot, while enjoying Benrasi tea in the two Kulhads, he started playing in a sadhu outfit with a phone call from director Sundar C. He can mistake for a real person.