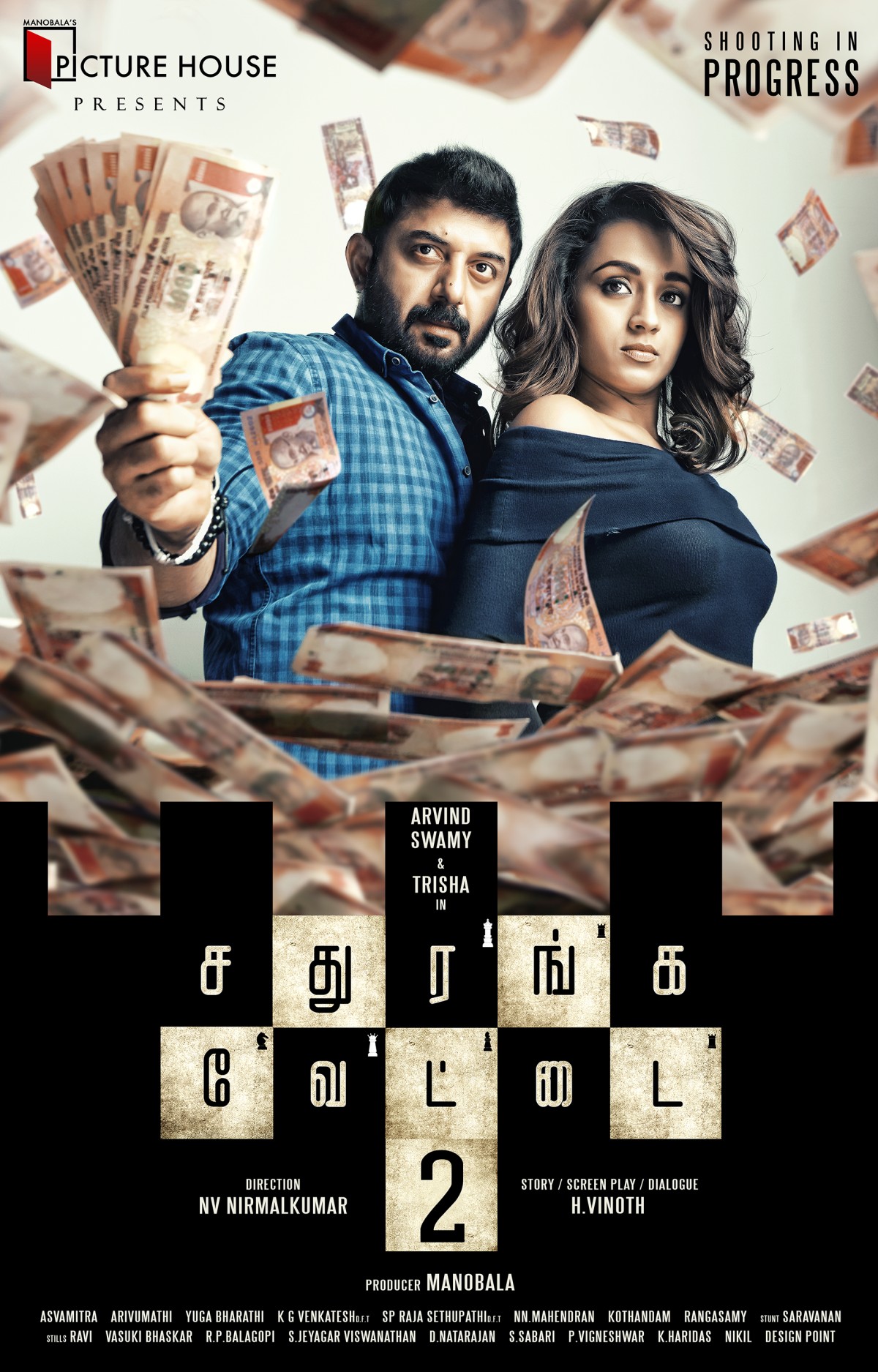 Sathuranga Vettai 2 TamilRockers is an Indo-Tamil thriller filmed by Nirmal Kumar and written by H. Vinoth. spiritual successor Vinoth in Sothuranga Vettai (2014), the film stars Arvind Swamy and Trisha in lead roles. with Vamsi Krishna and Amit Bhargav in supporting roles. The company based in Manobala started production in October 2016.

The last thing that was communicated to us by our source close to the director that Vinoth sent two scenarios to the production company, one for thriller and another for Sathuranga Vettai. Both scripts have been approved, but we must consider and consider expectations.

Aravind Swami played a leading role in Trisha. When the film recorded, Trisha played in another film. That is why photography done at different times. The last program of this film took place in Chennai last week. Yesterday’s shoot is over. Trisha was the mother of Aravind Swami and a 4-year-old daughter. Asvamitra compiled the music while KG Venkatesh directed the camera. SP Raja Sethupathi has edited this film.

But Ajith seems to be working with Siva again for his next film. Suriya is also working on other projects. At the moment it seems that Sathuranga Vettai will need some time to continue. But Vinoth writes the scenario for the following scenario, which will be a small budget. The director has completed almost half of the scenarios and, once written, the distribution and other details need to be strengthened.

The film performed by Vijay Antony from Salim and celebrated by Nirmal Kumar. Trisha Krishnan played the female lead in the film. Interestingly, both characters comment on negative nuances in the film. Nassar, Prakash Raj, Sriman and Radharavi played an important role in this film. Ashwin Vinayagamurthy printed music and the project funded Manobala actor, who produced the first part.

In August 2016, the original film maker Manobala decided to film his own film with Arvind Swamy and Trisha. Vinoth left the screen because he was working with Karthi on the production of another film. So it is Nirmal Kumar, who had previously made Salim (2014) as a director. The production started mid October 2016. Arvind Swamy completed her roles in March 2017, while Trisha completed her roles the following month. Parts of the film recorded in Penang. The team will finished filming and packing in June 2017.