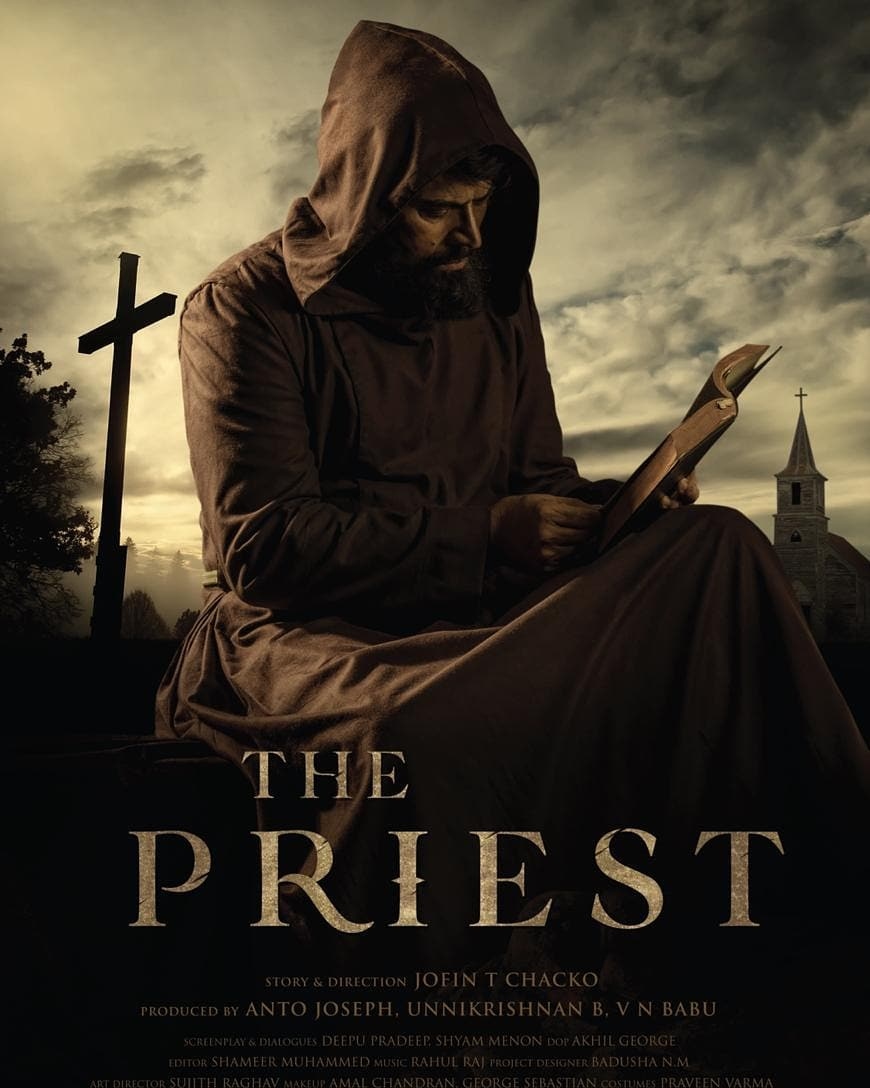 The Priest Tamil Dubbed TamilRockers is the next horror thriller from Malayalam Indian 2020, directed by criminal Jofin T. Chacko with Mammootty and Manju Warrier. This film, co-produced by B. Unnikrishnan and Anto Joseph, contains an original film and soundtrack made and produced by Rahul Raj.

The film, jointly produced by Anto Joseph, B Unnikrishnan and VN Babu, shows Akhil George from “Iblis” as a cameraman and Rahul Raj as a director. The operation was performed by Shameer Muhammed. He keeps seeing what the next one is waiting for. Meanwhile, Mammoottys Shylock will be released on January 23rd.

Mammootty beginner Jofin T Chacko and his upcoming movie, The Priest. The first poster shows the main character of Mammootty in a dress with a hood on the background of the church. The film is said to be a thriller with script and dialogue, co-written by Deepu Pradeep and Shyam Menon, based on the story of Jofin.

Akhil George is the director of photography and Rahul Raj is the musical director. The story is from Jofin T Chacko. The script and the dialogue were led by Deepu Pradeep and Shyam Menon. The priest fell earlier this year. This film marks Mammootty’s first collaboration with experienced actor Manju Warrier. Mammootty is currently waiting for the release of Shylock.

The script and the dialogue written and directed by the controversial Jofin T Chacko and written by Deepu Pradeep and Shyam Mohan. Although Mammootty and Manju Warrier have been in the industry for decades, they shared the screen for the first time. Mammootty, who always impresses the audience with different roles, plays an unusual priest in the film. The film also shows Nikhila Vimal and Saniya Ayappan in important roles.

The main photo began in January 2020. The first film of the project, which Mammootty first filmed with Manju Warrier, continues. It has confirmed that Nikhila Vimal appears in films with Sreenath Bhasi, Saniya Iyyappan and Baby Monica (Kaithi, Raatsasan). Jagadish, Ramesh Pisharodi and Madhupal would also be part of the cast.

Actress Nikhila Vimal, who first collaborated with Jayaram star Bhagyadevatha, won the audience as Varada in “Aravindante Athidhikal”. Later she appears in Mammootty and Manju Warrier with “The Priest”. After the RajadhiRaja (2014) and Masterpiece (2017), the third director Ajai Vasudev with the stars in a row. The film will shown on January 23.

In addition to The Priest, Mammootty has other films about the kitten, including Shylock and One. While Shylock out on January 23, One scheduled for March, April, and April. In the meantime, The Priest will released early in 2020. On the other hand, Manju will try out different genres this year with films such as Jack N. Jill, Chathur Mukham and Marrakkar.